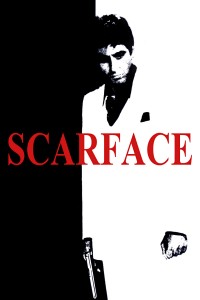 Friends S1:E6 – “Say hello to my little friend.” And that little friend is entirely Id, right Sigmund Freud? Apparently, mine is as impulsive as Tony Montana’s because in a fit of rage, I devoted almost my entire post last week to seeking the “immediate pleasure and gratification” of trashing on my boss. The good news is, as I predicted, Ted James (too busy trying to be a 36 year old rapper) didn’t actually read last week’s post so my Ego and Super Ego are still employed this week for the sixth installment of my Friends blog series. The bad news is, my best efforts to make last week’s post go viral were not good enough to give Marky Mark 2.0 some good vibrations (ha, you see what I did there with the backhanded white rapper insult pun), so I was not allowed to reactivate my Facebook account early for good behavior and in time for my birthday. Now, there is a silver lining. As it turns out, it wasn’t too bad being off Facebook for my birthday. By not providing your pals with the cheat sheet of a Facebook notification reminder and a timeline to write on, you thereby force them to have to first, remember It Is Your Birthday. And second, require them to have to actually pick up a phone and call (or at the very least text) to wish you a happy birthday which, as a result, shows you who your real friends are. In my case, to be more accurate, it showed me who my real friend is. Thanks for the call, buddy (you know who you are). As for the rest of you jokers who forgot to wish me a happy birthday, “why don’t you try sticking your head up your ass? See if it fits.”

Before you go feeling sorry for me for only having one compadre who cares enough to call me on my birthday, you have to remember that (in defense of the the rest of my alleged friends) I’m kind of a bad guy. In fact…(pause to allow the suspense to build)…I’m THE bad guy. So I don’t need no stinking friends. I’ve got all the Friends I need in the little box in my living room. I’ve got Monica, and Rachel, and Phoebe, and Ross, and Joey, and Chandler. Them’s my stinking friends, okay. So…

What you lookin’ at? You all a bunch of f*ckin’ assholes. You know why? You don’t have the guts to be what you wanna be? You need people like me. You need people like me so you can point your f*ckin’ fingers and say, “That’s the bad guy.” So… what that make you? Good? You’re not good. You just know how to hide, how to lie. Me, I don’t have that problem. Me, I always tell the truth. Even when I lie. So say good night to the bad guy! Come on. The last time you gonna see a bad guy like this again, let me tell you. Come on. Make way for the bad guy. There’s a bad guy comin’ through! Better get outta his way!

…and scene. Psychoanalyze that, Freud!

All you want is a dingle,
What you envy’s a schwang,
A thing through which you can tinkle,
Or play with, or simply let hang…

Recap in the Key of Phoebe – This is the one where, while attending Joey’s new play, Chandler meets Aurora and begins seeing her despite the fact that she already has a husband and a boyfriend, Rachel cleans her and Monica’s apartment which results in Monica attempting to battle her obsessive-compulsive tendencies, Ross stumbles awkwardly into a “big guy” moment, Phoebe tries to cheer Joey up after he gets fired as Al Pacino’s butt double by predicting that some day a young actor will be excitedly telling his friends that he landed a role as “Joey Tribbiani’s ass,” and Joey finally gets himself signed by a talent agency after being discovered based off his impressive work in the Off Broadway musical, Freud!

Chan Man Quip of the Week – [The Setup] Joey is explaining to the gang that he has landed a part in a new movie as Al Pacino’s butt double. When everyone starts to tease him for being required to bare his posterior on camera in order to advance his acting career, Joey pleads, “C’mon, you guys. This is a real movie, and Al Pacino’s in it, and that’s big!” [The Knockout] Chandler, never one to miss a golden opportunity to pile on, insists, “Oh no, it’s terrific, you know…you deserve this. After all your years of struggling, you’ve finally been able to crack your way into show business.”