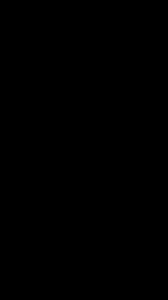 Friends S1:E7 – Remember the nineties? Awe, the nineties. A time when a group of six single early-twenty somethings could live in New York City in nice apartments and survive on the income they generated from entry-level professional jobs without needing any support from their parents. Yep. Those were crazy times. The lifestyle that the Friends gang enjoyed seems like such a foreign concept for this generation’s young adults, but if you don’t exercise your right to vote then you have no one to blame but yourself for our generation’s harder economic circumstances. Yes, tomorrow is Election Day. I know that I’m only a pop culture writer and I’m probably the last person you want to hear this from, but there is absolutely no excuse for you to not go to the polls and fulfill your civic duty tomorrow. In fact, one of the two major political parties is counting on the fact that you won’t go to the trouble of voting tomorrow in order for their candidates to comfortably win this election. It doesn’t matter that this particular political party is bankrupt in their ability to put forward a policy platform and is devoid of new ideas but is instead running on blaming President Obama for an array of problems that are directly attributable to their own obstructionism. They are probably going to still win tomorrow because of low voter turnout. In fact not only is this party hoping that you don’t go to the polls tomorrow, but that have used a significant amount of their time and energy over the past two years putting forward legislation to make it harder for you to vote. When one of the two major American political parties has to resort to voter suppression and blatantly illegal (and racist) redistricting in order to yield power in a country for whom they no longer represent the values of the majority, that is a major problem. If you don’t have another reason to go, then you should go to the polls to let them know that you are not going to allow them to keep getting away with it. Okay, I’ve said my peace. In the end, it doesn’t matter who you vote for; just go vote. Until next week, kiddos.

Recap in the Key of Phoebe – This is the one where Chandler (during a blackout) is trapped in an ATM vestibule with Jill Goodacre, the rest of the gang rides out the blackout at Monica and Rachel’s apartment and Ross tries to get up the courage to ask Rachel out but before he is able to do it he is attacked by a cat that happens to belong to Paulo, a strapping Italian immigrant, who proceeds to sweep Rachel off her feet, Joey tells Monica that Ross is planning her a surprise party, Phoebe is upset that she is the last one in the group to find out about everything, and Chandler is bummed that when he gets a kiss on the cheek from a supermodel, no one is there to see it.

Chan Man Quip of the Week – [The Setup] The blackout has ended and the lights are back on in the ATM vestibule and the door has now been unlocked. Jill Goodacre gathers herself to leave and turns to bid Chandler farewell, “Well, goodbye Chandler. I had a great blackout. (she proceeds to give him a kiss on the cheek) See ya.” [The Knockout] After Jill is gone, Chandler (looking up at the ATM vestibule’s security camera) pleads “Hi, um, I’m account number 7143457. And, uh, I don’t know if you got any of that, but I would really like a copy of the tape.”