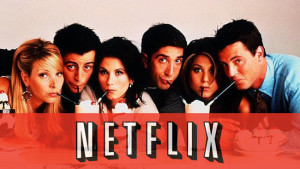 Friends S1:E11 – Hello there friends of Friends! I want to wish every single reader out there a happy New Year! As you might have suspected, I was very happy to chunk deuces at 2014. It was a pretty rough year. I spent the first nine months of the year as an unemployed writer and then when I finally got hired as the pop culture writer for theLeftAhead (my big break), I overextended myself by going all in on my first assignment. If you weren’t already aware, this caused my editor, Ted James, and I to get off to a rocky start in our professional relationship. In the beginning, he was adamant that I should learn to crawl before announcing that I would be running in the New York City Marathon. I, however, convinced him that I could handle it but then quickly realized that I had bitten off way more than I wanted to chew with my ill-conceived commitment to write 236 posts about Friends over the course of the next ten years. Mr. James and I proceeded to bump heads during the fall over my repeated attempts to weasel my way off of the project as well as my proclivity to gravitate towards behavior that most objective observers would categorize as blatant insubordination. Lucky for me, Mr. James was able to practice restraint in his handling of my defiant nature. Granted, it took me driving to the studio where he is recording his new album and delivering a humble and heart-felt apology, but I escaped the fall with my writing gig in tact. So yes, by some miracle, it brings me great joy to reassure you that I’m still here as theLeftAhead pop culture writer to start this new year. I can’t predict what the future holds, but at least for now, you will continue to get to ingest the same breathtakingly magnificent prose that you have grown accustomed to in reading this series. Should I have been fired, I would have landed on my feet (after all, I’m a ridiculously talented writer) but the real victims would have been the readers because I would have almost certainly been replaced on this project by some second-rate hack. Indeed, the magnanimity of Ted James’ decision to retain me for 2015 is lucky for me, but it’s also lucky for you. In other words, the fact that I’ve been given a second chance to continue what I naively started on September 22, 2014 is a win-win. I get a pay check and you get to continue receiving the type of quality entertainment and analysis that is such a scarcity these days in the Tumblrized world of blogging that currently dominates our beloved internet. Moving forward, my New Year’s resolution is to focus my writing in these posts less on my own personal weirdness (and the drama it stirs up) and more on the wonderfully wacky world of Monica, Rachel, Phoebe, Ross, Chandler and Joey.

On that note, in case you were spending the holidays under a rock and weren’t following along, there was a major development for fans of the show that took place as we were ringing in 2015. After years of speculation and negotiation, an agreement was reached between two giant media conglomerates which puts them in business together to (borrowing from the incomparable Jalen Rose) give the people what they want. How, you ask, did this happen? Most observers had already given up. It was beginning to seem, over the past few years, that all hope was lost. The American public had ostensibly resigned itself already to the harsh reality that we would never be allowed to access Friends on a digital streaming service, but then you and I set out on our journey together and changed the course of history. Because of the popularity of this blog series, and the worldwide trending viral sensation that you and I stir up week in and week out, Friends is now on Netflix. We did it! With billions of people around the planet now suddenly demanding instant access to every single episode of the best series in American television history in order to play along to our Gandalf Gaffe game, this swell of grassroots fervor forced Warner Bros. Entertainment to reopen negotiations with Netflix and come to terms. As of January 1st, 2015, all 236 Friends episodes have been made available to the masses allowing everyone (with a Netflix subscription) to stream the show on demand according to our own schedules (day or night) and binge watch to the heart’s desire. More importantly, this allows everyone to follow along with our blog series and check to make sure that we spot every single Gandalf Gaffe from week to week as we continue down this long and winding road for the next nine and a half years. Citizens of Earth (or at least the United States and Canada)…you are welcome. No need to thank me and my loyal readers, we were glad to help.

As with most good things in this world, there is a caveat. If you consider yourself to belong to the legion of the show’s most loyal fans, you may have already noticed that the episodes available for streaming on Netflix are shorter in length than the episodes that were released in the DVD box sets that many of us have been relying upon for our Friends binge fixes over the past ten years. If you are like me and you have watched the DVDs so many times that you have the entire series memorized, then you would have noticed that some of your favorite lines (and even entire scenes) are inexplicably missing from the Netflix streaming versions of the episodes. Every indication seems to be that Netflix is streaming the episodes in broadcast form as they originally appeared on NBC and that the DVD edition included extra footage in each episode, however I have not been able to clarify this definitively. Nevertheless, what I am about to say is extremely important for our purposes with this here blog series. Since I began this project relying upon the DVD edition of the series to establish the foundation of truth upon which we have built the universe for our Gandalf Gaffe game, I will continue to rely upon that edition throughout the duration of the project. This means that, from time to time, I will reference dialogue or a scene that you will not be able to watch on the Netflix streaming version. Hopefully this will be a minor rather than a major issue moving forward, but I wanted to be sure and establish this now to minimize confusion later. All in all, though, the loss of a few lines here and there is a small price to pay for FINALLY having the series available for streaming. Our days of having to roll out of bed at 2:00 am to change the disc in our DVD players when we are on a late night binger are thankfully behind us. So if you’re ever down in the dumps and feeling blue, like say when you are trying to take your mind off of the bad things that have happened when teams played sports, don’t worry because your friends are there for you…right there at your fingertips (no matter where you are) to cheer you up. And always remember, Friends 20/20 is there for you too.

Recap in the Key of Phoebe – This is the one where Phoebe and Monica distract an attractive man on the street which causes him to get hit by a truck, Joey catches Ross kissing Chandler’s mom in a restaurant, Rachel tries to write a romance novel, Chandler tells off his mom which allows him to make a break through in working out his issues with her, Phoebe and Monica fight over who gets to take care of the attractive man while he’s in the hospital in a coma, and in other news…teams played sports.

Chan Man Quip of the Week – [The Setup] Chandler walks into Central Perk as Phoebe (in the middle of her acoustic set) runs out to chase Monica back to the hospital to see the guy in a coma. Since Phoebe has inexplicably abandoned her performance, Rachel announces to the customers, “Okay, that was Phoebe Buffay, everybody. Woo!” in order to elicit an ovation. Confused by what had just occurred, Chandler walks up to the seating area and asks Joey, “What was that?” Ross begins offering up an explanation, saying, “Oh, uh, Phoebe just started a…” [The Knockout] Chandler, still furious with Ross from the recent incident in the restaurant, bluntly cuts him off, “Yeah, I believe I was talking to Joey, alright there, Mother-Kisser?”