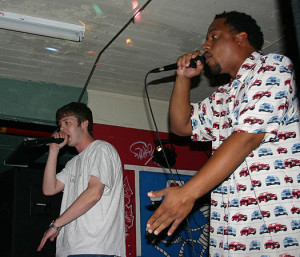 Dreamcatcher – On Thursday nights, the Los Anegeles Clippers defeated the San Antonio Spurs 102-96 at the AT&T Center in San Antonio to tie the best-of-seven Western Conference First Round series at three games apiece. The decisive game seven will be played at the Staples Center in Los Angeles in about two hours. The player of the game for the San Antonio Spurs on Thursday night was Marco Belinelli. Marco scored 23 points (with a spectacular 6-7 from downtown) to help keep the Spurs close in a game that we (as a group) did not display the necessary effort to eliminate a team as talented and hungry as this year’s Clippers. The Game 6 debacle was an uncharacteristically disappointing effort by a Spurs team who has been historically dominant in close out games at home. Rather than dwell on what might have been the other night, I have spent the entire day today making good on a promise to myself and my readers to complete one of the most arduous undertakings of my entire career as a writer and an artist thus far. About fifteen minutes ago, I posted the final chapter of the last year’s edition of the Black & Silver blog series in its entirety. It is my profound pleasure to present to you….

It will be my distinct honor should you decide to find some time later to read it. As for now, I could not be more confident in the #BlackAndSilver to win tonight’s decisive Game 7 on the road and advance to the 2015 Western Conference Semi-Finals. I fully expect to see the Spurs finally put The Beautiful Game band back together tonight and play our toughest, most inspired game of the season. Back-to-back championships has been an elusive dream, but I still believe that this year’s Spurs squad is a dreamcatcher.