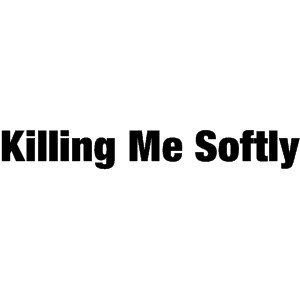 Friends S2:E5 – Strumming my pain with his fingers (one time), singing my life with his words (two times). [I know what you’re thinking. You’re thinking you want to complete that melody, aren’t you? It’s okay, you can keep going…] Ken Adams is killing me softly with his blog. Killing me softly with his blog. Telling my Friends life with his words, killing me softly with his blog. Thanks, valued reader. Those were some great substitute lyrics you came up with on the fly in order to use a Fugees song to celebrate your favorite blog writer. I’m humbled by your warmth and creativity. Welcome, welcome. I hope this splendid Monday evening finds you well. I’m doing okay, myself, however (if I may be honest) I’m a little bummed out today because the Chicago Cubbies fell into an 0-2 hole last night against the New York Mets in the NLCS (National League Championship Series). In case you’re wondering, no…I’m not bummed out because I’m a huge fan of the Chicago Cubs (although I did like them a lot when I was a kid during the Ryan Sandberg era). The reason I’m bummed out that the Cubs are behind in the series is because (as we discussed a few weeks back) I’m a huge fan of the Back to the Future trilogy. Indeed, Back to the Future fans have a lot riding on this series. As we all know, Marty discovers in Back to the Future Part II that the Chicago Cubs have won the 2015 World Series. Can you imagine how insane it would be if the prognostications made by Robert Zemeckis and Bob Gale way back in 1989 actually came true? It would be bananas (b-a-n-a-n-a-s) if the Chicago Cubs ended their 106 year championship drought in the same year that is was foretold in Back to the Future. So, yes (and sorry Mets fans)…I’m rooting for the Cubbies to go all the way. What an unbelievable feather it would be in the cap of one of the greatest movie trilogies of all-time to have correctly predicted the year that the Cubs’ championship drought would end. This has got to happen. So while I’m a little bummed that Chicago came up empty in Games 1 & 2 in New York, they are returning to Wrigley Field for Game 3 tomorrow in Chicago and I have a sneaking suspicion that their bats are going to wake up and propel the team of destiny back into the series. I might be totally off base here (shameless double entendre) but these “life imitating art” situations seem to have a funny way of working themselves out. Whether or not we can rely on the universe to intervene on behalf of Chicago, it’s better to be safe than sorry. So, I’m getting behind the Cubs 100 percent and (on behalf of Back to the Future fans everywhere) let me say on the record, “Go Cubs, Go!”

Speaking of Back to the Future, the countdown is in full swing. We are less than two days away from Back to the Future Day. (I told you I would circle back to this when we discussed it a few weeks ago.) Thinking back to my childhood, it is pretty remarkable to know that October 21st, 2015, a day that I remember seemed so far into the future back in 1989 when I first saw BTTFII, is finally arriving. I remember as a child imagining what my life would be like on Wednesday. Of course I was envisioning the flying cars that the movie predicts, but another thing that I remember imagining is that I would have kids of my own by now. Well, the 36 hour window that is left for something crazy to happen notwithstanding, the jokes on you…childhood me. I’m 36 years old and yet to travel down that road. My wife and I discuss the topic regularly and to date the consensus has been, “Roads? Where we’re going, we don’t need roads.” I’m sure we’ll need a road eventually, but probably not in time to coincide with 2015 of my childhood imagination. But I digress, the larger point is that Wednesday is coming, and coming fast. It will be a day to celebrate an historic timestamp in American cinematic history and reflect on the similarities to and differences from Back to the Future‘s interpretation of October 21st, 2015. Flying cars? Nope. Rehydrating pizzas? Not a chance. Hover boards? Umm, sort of…I guess. USA Today News Drones? Pretty close. Power-lacing Nikes? Life imitating art. Official trailer for Star Wars: Episode VII? Okay, so this wasn’t in Back to the Future but the trailer was just released as I’ve been writing this post and as a pop culture writer, I would be doing you a disservice if I didn’t find a way to include the link so ✔. 2015 World Series Champion Chicago Cubs? Right there for the taking. On behalf of Monica, Rachel, Phoebe, Ross, Chandler, and Joey (who have graciously yielded their time to Marty McFly and Doc Brown in this portion of their weekly post), I would like to say “GO CUBS, GO” once more. And once more, I apologize to all the New York Mets fans out there. It’s nothing personal…you’re just going up against the weight of 26 years of cinematic history and 106 years of baseball misery. But hey, I always say…don’t get mad, get even. If fate is indeed against you over the next several days and the Cubs do storm back to win the series, theres nothing stopping a Mets fan from writing a movie, setting the movie in 2045, and inserting a scene where the main character (lets call him Party McSwim) discovers that the Mets have won the 2045 World Series. Remember that kids. Don’t get mad, get even. Happy Back to the Future Day on Wednesday and on to the recap. Killing ’em softly? ✔

Recap in the Key of Phoebe – This is the one where Monica gets a promotion at work to head lunch chef, Chandler manipulates a model in order to sleep with her, Rachel, Phoebe, and Joey communicate concerns about not having enough money to do things like Ross’ birthday hoopla, Ross goes to see the Hootie and the Blowfish concert with Chandler and Monica (after Rachel, Phoebe, and Joey decide not to accept the tickets that were purchased for them) and Monica winds up receiving a hicky from a blowfish afterward, and as cold as a verse of “Killing Me Softly,” Monica receives the news over the phone that she’s been fired for accepting the kickback of 5 steaks and an egg plant.

Chan Man Quip of the Week – [The Setup] The gang is just finishing dinner at a fancy restaurant while celebrating Monica’s promotion. Completely oblivious to the fact that Rachel, Phoebe, and Joey had scrimped on ordering so as to spend as little money as possible, Ross is working on dividing the check six ways. While finishing his calculation, he announces, “Plus tip, divided by six. Ok, everyone owes 28 bucks.” Also oblivious to the cost-cutting efforts of some of his friends, Chandler agrees, “Okay.” Rejecting the notion that check should be split evenly six ways, Rachel chimes in, “Um, everyone?” Appearing to recognize the dilemma, Ross responds, “Oh, you’re right, I’m sorry.” Relieved by Ross’ willingness to recalibrate, Joey responds, “Thank you.” However, Ross continues, “It’s Monica’s big night, she shouldn’t pay.” Monica expresses her gratitude by telling Ross, “Oh, thank you!” Ross continues his calculation, figuring “So five of us is, $33.50 apiece.” Fed up, Phoebe lashes out, “No, huh uh, no way, I’m sorry, not gonna happen.” [The Knockout] Chandler, reacting to Phoebe’s adamant refusal to divide the check five ways, remarks, “Whoa, whoa, prom night flashback.”