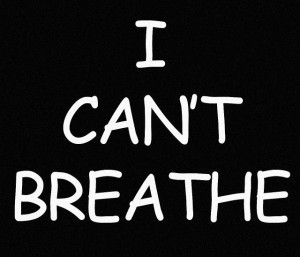 The following video tells a story of Erica Garner and explains who she believes is best fit to be the next president of the United States of America. Erica Garner is not a famous person making her celebrity endorsement. Rather, she is an ordinary American. Why then (you might ask) should I care who Erica is endorsing for president? Well, Erica is an ordinary American who happens to also have an extraordinary story to tell. It is a story of tragedy and perseverance. On July 17, 2014, Eric Garner (Erica’s dad) died after being put in a chokehold by a New York City Police Department officer. Garner was unarmed and was being interrogated on suspicion of selling “loosies” (single cigarettes) in Staten Island, New York. The incident was caught on camera and after being placed in the choke hold, Garner could be heard on camera crying out, “I can’t breathe.” Since the tragic death of her father, Erica has become an activist in the Black Lives Matter movement. Erica is fighting to make sure that we as a country will no longer continue to turn a blind eye to the type of senseless police brutality against African American citizens that took the life of her father as well as countless other black lives. Erica knows that real leadership requires having the courage to stand up and declare without qualification that black lives matter. That is why you should care who she is endorsing for president. Erica is an inspiration. Be like Erica.

“I think we need to believe in a leader like Bernie Sanders. People are dying. This is real. We need a president that will talk about it. Bernie is a protester. He’s not scared to go up against the criminal justice system. He is not scared.” – Erica Garner