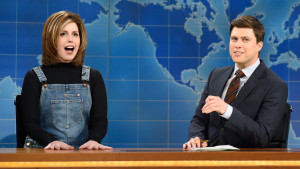 Friends S2:E16 – Aye, y’all heard about the good news? Y’all sleeping on me, huh? Had a good snooze? Wake up, Friendsters, wake up. We ’bout to get this paper. Aren’t you excited? Sure, it’s another Munday. But hey, at least there is new Kanye in the world. Granted, new Kanye that, in order to listen to it, you have to sign up for a 30 day free trial with a service that you have no intention of ever paying for, but new Kanye nevertheless. I digress, so how’ve you been? Hope you’re ready for another hot take on another 20 year old episode of situational comedy. On second thought, of course you are. Why else would you be here? So lets jump right in. Today, Joey and Chandler’s friendship finds itself at a crossroads when Joey’s Days of Our Lives (or DOOL as the kids are calling it these days) costar offers him a great apartment to rent. Thinking it might be good for him to live on his own for the first time in his life, Joey confesses to Chandler that he’s thinking about taking the apartment. This causes a huge fight that ultimately results in Joey moving out. I won’t lie. When I first saw this episode 20 years ago, I was pretty upset about the prospect of Joey and Chandler being split apart. Their comedic chemistry as roommates was one of my favorite ingredients to the tasty new dish that was Friends and one of the primary reasons why the show had quickly become my favorite on television. Of course, unless you’ve been watching each episode of Friends for the first time in your life in synchronization with reading this blog series (and if so, God bless you and SPOILER ALERT), we all know that Joey and Chandler’s estrangement will be short lived and that (even though they aren’t eternally bound together like Bert and Ernie) these two legendary roommates will soon be reunited. Regardless, when watching it for the first time, seeing the pair broken up so that Joey could live the soap star lifestyle and “find himself” was quite a traumatic experience for me.

Today’s episode also finds Rachel accompanying Phoebe on an adventure to both get their first tattoo. Rachel (a perennial pushover) relents to Phoebe’s peer pressure and gets a small heart tattooed on her hip despite being unsure about getting it because she thinks Ross will disapprove. Indeed, she succumbs to Phoebe’s full court press that Ross, in fact, does not equal boss only to come to find out later that Phoebe has wimped out of holding up her end of the bargain. Phoebe, who had acted like the tough one heading into the tattoo parlor, was unable to stomach the needles in order to get a lily tattooed on her shoulder. Speaking of Rachel the flighty pushover, in an amazing turn of events, she appeared this weekend, unexpectedly, back on the network that she called home for ten years. That’s right boys and girls, if you were watching Weekend Update on Saturday Night Live this past Saturday, you were in for a big treat when Vanessa Bayer showed up at the Update Desk to do an amazing impression of Jennifer Aniston’s iconic character. My words can’t do justice to the utterly hilarious job that Bayer did impersonating Rachel. So, rather than waxing poetic about its brilliance for any extended amount of time, I thought the best thing to do is to embed the video in this post and wrap up my musings for today by allowing you to watch it (or rematch it) for yourself. Enjoy the week. See you next Monday when I’ll be back looking for my real Friends. How many of us?

Recap in the Key of Phoebe – This is the one where Joey and Chandler attend a party at Joey’s Days of Our Lives costar’s apartment only to find out that the apartment is available to rent, Phoebe convinces Rachel to get a tattoo (even though Rachel is hesitant to do it because she thinks Ross will not approve), Monica tells her parents about dating Richard while attending her father’s birthday party with Richard and Ross, Ross (in the end) decides that Rachel’s tattoo is sexy, and a can is open (worms everywhere) when Joey tells Chandler that he is moving out to take his costar’s great apartment.

Gandalf Gaffes – After a long drought without a Double G, it’s tempting to consider the fact that we are going back-to-back with gaffes in consecutive episodes a mini-streak. In today’s episode, our beloved Friends writers offer up an age continuity transgression for us to digest. Who’s age are we calling into question? Forget about it, it’s Joey Tribbiani. The dust up occurs when Joey admits to Chandler that he’s considering moving out of the apartment and taking the place that his co-star is giving up. Joey informs Chandler that he’s 28 years old and never lived alone and that is the reason he feels like he needs to at least try it to have had the experience. This is all well and good except for one small problem. Less than a year early in The One With the Birth (S1:E23), Joey first established his age in a way that makes this a contradiction. In that episode, Joey was at the hospital to support Ross during the birth of Ben when he meets a pregnant woman named Lydia who was at the hospital all alone. Joey quickly befriends her and decides to support her during her birth. At one point, Lydia puts Joey on the phone with her mom and Joey informs Lydia’s mom that he’s 25 years old. (By the way, this establishes that Joey is the youngest of our Friends, one year younger than Monica and Rachel who’s ages have been established as 26 by this point.) Obviously, even though time is somewhat fluid in the Friends timeline, there is no way that Joey could have aged from 25 to 28 years old from an episode that aired in May 1995 to an episode that aired in February 1996. We have no choice but to “throw a flag on the play” and put Joey’s age continuity issue into the official Gandalf Gaffe record. Knowing that Joey is the youngest of the gang versus thinking he is the same age as Chandler and Ross is important contextually to how we view Joey throughout the series run. For that reason, I’m ruling the haphazard changing of his age as a level three infraction.

Gandalf Gaffe #8: Joey mentions to Chandler that he’s 20 years old while informing him that he’s never lived alone and that he’d like to try. In S1:E23, however, while at the hospital helping Lydia give birth, Joey is put on the phone with Lydia’s mom and informs her that he’s 25 years old. The One With the Birth (S1:E23) takes place less than a year before The One Where Joey Moves Out (S2:E16) so if would have been impossible for Joey to have had three birthdays during that short amount of time.

Chan Man Quip of the Week – [The Setup] The gang sans Ross is at Monica and Rachel’s apartment chatting when Rachel asks Phoebe if she’s ready to leave. Knowing where they’re headed, Monica confides, “I can’t believe you guys are actually getting tattoos.” Surprised to learn this information, Chandler questions, “Excuse me, you guys are getting tattoos?” Rachel answers, “Yes, but you can not tell Ross ’cause I want to surprise him.” Interjecting, Joey asks, “Wow, this is wild. What’re you gonna get?” Seizing the opportunity to respond first, Phoebe answers, “Um, I’m getting a lily for my Mom. ‘Cause her name’s Lily.” [The Knockout] With a hefty heaping of the sarcasm that we’ve all come to know and love, Chandler observes “Wow, that’s lucky. What if her name was Big Ugly Splotch?”