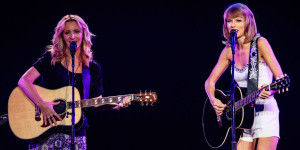 Friends S2:E17 – What’s good, Friendsters? Welcome, welcome to another edition of theLeftAhead’s 236 part series Friends 20/20. We’re honored to have you and glad you could spare a few moments on this beautiful Monday to reminisce upon all of the hilarious hijinks of yet another episode of the GOAT sitcom. I can’t lie. As much progress as I’ve made this year at demonstrating my professionalism (as well as my commitment to this project) to the boss man, Ted James, I feel compelled to tell you that I’m really excited I’ll be on Spring Break for a month after today’s post. It’s more than fair to say that I’m looking forward to leaving my laptop at home and hitting the beaches of an undisclosed tropical location to kick back for a few weeks and alleviate all of the stress that comes from working my hectic schedule of three hours a day, one day a week, 24 weeks a year. For those of you who have been following this series closely over the past 18 months, you probably already know that I have a tendency to get a little antsy right before a break. I won’t say that I will be mailing this posts in, but rather…I’ll just say that I will be leaning towards brevity with today’s happenings.

That beings said, one way to keep it short and sweet this week is to run back a gimmick that really seemed to work for us last week. But before we get to that, I just want to quickly reference an important cameo in today’s episode. Adam Goldberg appears in The One Where Eddie Moves In as Eddie a.k.a. Mr. Johnny New Eggs (Chandler’s new roommate). Why is this cameo important, you might ask? Goldberg is the first of a series of actors from the movie Dazed and Confused to make a cameo on Friends. I wanted to get this on the official record because we will be discussing this interesting little factoid in more detail later on in our blog series. Okay, now that we’ve gotten that out of the way, back to last week’s successful gimmick. We received a lot of positive feedback on our inclusion of the video of Vanessa Bayer’s SNL impression of Rachel. It seems that our audience responds positively to us including instances of our beloved Friends characters popping up in the contemporary pop culture landscape. Based on this positive feedback, we’ve decided to make a concerted effort to chronicle as many of these current pop culture Friends tributes in real time as possible. Unfortunately, when we reconvened this past fall for Season 2, we missed reporting on a pretty major one that happened while we were on our summer hiatus. It’s fair to say that when one of the Friends actors appears on stage in character with the biggest pop star in the world, it is a big fucking deal. Well, that’s exactly what happened when Lisa Kudrow appeared in character as Phoebe Buffay at the Staples Center in Los Angeles to perform Smelly Cat with Taylor Swift on Auguest 26, 2015. And since we failed to report on it promptly upon returning for Season 2, we thought what better time to circle back to it than the episode when Phoebe records a demo and shoots a video for Smelly Cat? Watching Phoebe perform at a Taylor Swift concert in front of 20,0000 screaming fans makes it fun to image what could have been if Phoebe’s record deal had propelled her to superstardom. So without further ado, ladies and gentleman…Ms. Phoebe Buffay. Catch you when we begin again.

Recap in the Key of Phoebe – This is the one where Joey is jealous of Eddie (Chandler’s new roommate that he met in the ethnic food section of the supermarket), Phoebe is discovered by a record company that wants to record a demo and shoot a video for Smelly Cat, Rachel is forced to play referee between Ross and Monica (who’ve been bickering constantly since Ross started hanging out at the girls’ apartment 24/7 after he started dating Rachel), and Joey has to learn to accept that Chandler has moved on now that Mr. Johnny New eggs is in the picture.

Chan Man Quip of the Week – [The Setup] Joey has come back over to Chandler’s apartment to tell him that he’s having second thoughts about moving out. Before he can get to it, though, Chandler tells Joey that he has some news and Joey realizes that there is someone else in the apartment. The new guy asks Chandler, “Hey Chan, is that Joey guy gonna come by and pick up his moose hat or should I just toss it out? Chandler responds, “Well, uh, why don’t you ask him yourself. Joey, this is my new roommate Eddie.” Addressing Joey, Eddie tells him, “Nice to meet ya.” Joey responds, “Likewise. Uh, I’ll take that.” He grabs the moose hat and continues, “It’s what I came for. So, this is new. Where’d you two meet?” Eddie answers, “At the uh, supermarket, in the uh, ethnic food section. I helped him pick out a chorizo.” Still processing the news, Joey responds, “Wow.” Chandler interjects, “Well you know, we got to talking and uh, he said he needed a place and I had a spare room.” Seemingly offended, Joey questions, “Oh, now it’s a spare room?” Chandler patiently answers, “Well yeah, in that it’s not being used and I have it to spare.” Putting the moose hat on his head, Joey hastily says, “Well I uh, got what I came for. I’ll uh, I’ll see you guys.” [The Knockout] In an attempt to add some levity to a tense situation, Chandler asks Joey, “Hey Joe. When’d you start using mousse in your hair?”