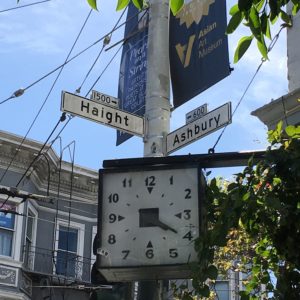 The Background – It was the Fourth of July around 10:00 am when I heard the news. My wife and I were getting ready to head up into the mountains to visit with family and celebrate the holiday. Despite the fact that we were running late, as soon as the texts started popping up on my phone I had to stop packing my bag and investigate for myself. Sure enough, I was immediately able to confirm what multiple friends had already been texting to me. On his Twitter account (which is currently deactivated), LaMarcus Aldridge aka the top free agent available on the 2015 open market wrote, “I’m happy to say I’m going home to Texas and will be a Spur!! I’m excited to join the team and be close to my family and friends.” Bam, just like that with this one simple tweet, the San Antonio Spurs’ championship window was yanked back to being more wide open than a refrigerator in the Inside the NBA break room thirty seconds after the show wraps. Wait a second, I’m understating the magnitude of LaMarcus’ tweet. Not only was the Spurs’ proverbial championship window reopened, but the screen and glass were completely removed from it so that the winds of triumph could continue to flow freely into the AT&T Center for the next four seasons to come. Indeed, this one simple tweet paved the way in allowing a transition for Tim Duncan aka Time’s Father (the greatest winner in the modern NBA) to move quietly into the background this year (along with perennial running mates Manu Ginobili and Tony Parker) while LaMarcus and Kawhi Leonard took over center stage in putting together what would later prove to be the winningest season in franchise history. Given that I had been tempering my optimism about our chances of landing LaMarcus during the free agency courting period (the Spurs had never signed a free agent of Aldridge’s caliber in franchise history), that moment on the Fourth of July where I heard the good news engendered a simply amazing feeling. It was a grand mixture of disbelief, excitement, and of course (being that it was Independence Day) patriotism. Yep, it’s safe to say that I was bouncing off the walls elated that morning. The Spurs were back. Granted, this would be a new remixed version of my beloved team, but we were definitely back. As my wife and I finished packing and got on the road, I couldn’t wait to get up into the mountains so that our elevation would match my mood. When we finally reached our destination, I got out of the car and breathed in a deep breath of the crisp mountain air and coupled it with the world class fireworks show that was popping off in my chest. Cloud nine. Man, what an amazing morning that was. Oh, and the phenomenal barbecue feast we had up in those mountains later that evening wasn’t too shabby, either. God bless America.

This past Sunday, LaMarcus and Kawhi indeed took center stage as the San Antonio Spurs completed a sweep of the depleted Memphis Grizzlies at the FedExForum in Memphis. After a competitive first half, the Spurs made quick work of the Grizzlies in the second half and won the game and series going away 116 to 95. The karmic powers that be in Tennessee (yep, that rhymes) must have seen the writing on the wall because they attempted to turn the lights out on the Grizzlies season a couple of hours too early. LaMarcus and Kawhi (the one-two punch of the remixed Spurs) amassed 36 points and 17 rebounds in only 54 minutes of combined game action while securing the victory as well as the welcomed six days of rest that came with it. Considering that we are the oldest team in the field, completing a sweep in Memphis and becoming the first team to advance to the second round (giving us more rest at this point than any of our potential opponents) could prove to work to our advantage in the coming weeks as the competition gets stiffer. While LaMarcus and Kawhi had equally dominant outings closing things out at The Grind House in Game 4, LaMarcus edges out Kawhi to earn his first ever Black & Silver player of the game honors. LA earns the honors not only for his Game 4 double-double (15 points, 10 rebounds) but also in recognition of the stellar defense he played the entire series on Zach Randolph. LaMarcus’ length frustrated the Grizzlies best available player and prevented him from being able to put together a signature performance in any of the four games. While everyone has been focused the entire season on how LaMarcus Aldridge fits into our offense, it is the way that LA has seamlessly plugged into our defense that has probably been his biggest contribution in helping to transform the #BlackAndSilver into a 67 win juggernaut. Sure, no one would have labeled LaMarcus a defensive stalwart back in his Portland Trail Blazers days. He was certainly a serviceable, but no one was mistaking him for the second coming of Hakeem Olajuwon (or Tim Duncan for that matter). However, when you put his length and quickness next to Timmy and a certain Defensive Player of the Year named Kawhi Leonard, all of a sudden you have one of the most formidable defensive front courts in NBA history. The numbers bare it out. San Antonio league best defense was not only vastly better than the next best defense in the league this year, it was historically great. Back to LaMarcus’ offense for a second. With less touches and less minutes this season, a lot has been made of the slippage in LaMarcus’ offensive numbers playing for the Spurs. Numbers can be deceiving. A lot of that slippage had to do with LaMarcus learning how to find his spots in the Spurs offensive system early in the season. A lot more of it has to do with him adjusting to our “good to great” unselfishness as a group. Make no mistake about it, though. LaMarcus Aldridge is still one of the most dangerous post weapons in the entire NBA. His ability to get buckets in the low block and on put backs is a huge safety net that we did not have last year.

After the Memphis Grizzlies were dispatched last Sunday in what proved to be a record-breaking ninth sweep for head coach Gregg Popovich, the Spurs returned home to get some rest and also to prepare for our good friends Kevin Durant, Russell Westbrook, and the Oklahoma City Thunder. Starting tonight, the two teams will square off in the playoffs for the third time in the past five seasons. With the Thunder taking the 2012 Western Conference Finals and the Spurs returning the favor to win the 2014 Western Conference Finals (both series ending in six games), it’s fitting that we are being treated to this postseason rubber match. Fitting, but considering that OKC boasts two of the leagues six or seven best players (yes Mark Cuban, Russell Westbrook is a superstar and tests confirm that Kevin Durant is correct, you’re an idiot), this is a very scary second round matchup. It is going to take the Spurs playing disciplined, focused basketball to take care of business in this series. We need to limit OKC’s fast break attempts and force them into half court sets as much as possible. Whether Scott Brooks or now Billy Donovan, the Thunder are not known for picking teams apart through complicated half court offensive wizardry. That is why limiting OKC’s opportunities to use Durant and Westbrook’s speed and athleticism as a way to push the tempo will be crucial to our game plan. Sure, the Thunder are bringing two incredible weapons into the AT&T Center this evening but one of our biggest advantages in this series is that, overall, we boast a much deeper arsenal. Depth is a huge advantage for us against OKC. Players three through ten on the Spurs’ depth chart include future hall-of-famers Tim Duncan, Tony Parker, and Manu Ginobili. Once you get past Durant and Westbrook, the Thunder simply can’t match our firepower. On July Fourth, the San Antonio Spurs landed a major weapon in LaMarcus Aldridge. What made the signing so spectacular, however, was placing LA in the mix with the incredible arsenal of weapons we were already stockpiling deep in the heart of Titletown, TX. It’s true that we are facing an incredible challenge in this series because of the scope of the two huge guns our northern neighbors will be deploying in the Alamo City tonight, but hopefully the Spurs will prevail in this series because, when it comes to weapons, we don’t have to just rely on LaMarcus and Kawhi. When it comes to weapons, we’ve gotta lotta.