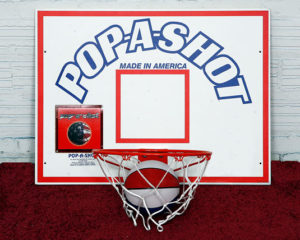 Gotta Lotta – Every available player entered the game for the San Antonio Spurs in Game 1 of our Western Conference Semifinals series against the Oklahoma City Thunder last night. Not only did all thirteen players enter the game, but impressively, all thirteen players scored at least one field goal during the contest. When it was all said and done, the Spurs had compiled a combined 51 made field goals in the dominating 124-92 Game 1 victory over the Thunder. Considering that Tim Duncan, Tony Parker, and Manu Ginobili (the greatest trio in NBA history) only scored 16 of the 124 points that we put up last night, I think it’s safe to say that we’ve gotta lotta weapons. Indeed, it was an all around impressive performance as the #BlackAndSilver combined to shoot 60.8 percent from the field while holding OKC to 41.2 percent shooting. As overwhelming as our depth proved to be on Saturday night, there was also a pleasant surprise that helps explain how San Antonio separated ourselves so dramatically (leading by as many as 43 points) from Oklahoma City in Game 1. That pleasant surprise was the extent to which our dynamic duo outshined the Thunder’s dynamic duo throughout the night. There’s no other way to spin it. Kawhi Leonard and LaMarcus Aldridge looked like bigger superstars (granted for one game) than Kevin Durant and Russell Westbrook. Kawhi and LA combined for 68 points on 28-36 shooting while Durant and Westbrook combined for 30 points on 11-34 shooting. In other words, Kawhi and LaMarcus generated 38 more points on two more shot attempts than the two OKC superstars. It was a masterful display of locked in basketball that Leonard and Aldridge served up for the frenzied AT&T Center crowd. From the opening tip until both players were relieved from duty in the third quarter, you could see form the concentration in their faces. These two stars came to play. Take the Spurs’ first possession, for example. Now this is how you set the tone for a playoff series.

Having a lot of weapons means you’re often burdened because you’ve gotta lotta candidates for player of the game. When the Spurs have a night like last night, it can be conflicting to choose. (Yes, I hear the groans coming from fans in the twenty something NBA markets that don’t seem to have this problem. But trust me, Sacramento fans, these player of the game decisions are hard when you’ve got seven or eight players that are capable of balling on the same level as Boogie Cousins on any given night.) I mean, last night Tony Parker was amazing. He only took three shots in 27 minutes but he ran the offense (and specifically the pick and roll with Aldridge) masterfully, tallying a healthy 12 assists in the process. Also, Danny Green showed up in a big way. Danny rained down bombs all night from beyond the arc, shooting 5-6 on three pointers (6-7 overall) for 18 points. Oh by the way, on the other end of the court he drew the main defensive assignment on Kevin Durant and harassed OKC’s best player into a 6-15 shooting night. This was the type of Danny Green playoff performance we’d come to take for granted during previous Finals runs (and the type we’re going to need to see regularly to get where we want to go this year). Of course, there’s also Kawhi Leonard. Ho hum, Kawhi went for 25 points (on 10-13 shooting) in only 22 minutes. That’s ridiculous efficiency. And, as we discussed earlier in the post, he redefined the meaning of a tone setter with his dunk to open the game. Also, you guessed it, on the other side of the ball the Defensive Player of the Year disrupted much of what superstar Russell Westbrook wanted to accomplish, shaking him into a 5-19 shooting night. But, alas, on a night where we gotta lotta star performances, there was one of the lotta who stood out above the rest. LaMarcus Aldridge was simply off the charts spectacular last night and has thus earned player of the game honors for the second consecutive contest. Marv Albert, who announced the game for TNT, described LA’s performance by saying it was like watching him play a game of Pop-A-Shot. Albert’s observation wasn’t far from accurate. LaMarcus dropped what felt like a hundred shots from all over the court. In actuality, he went 18-23 from the field (including his first three of the season) in only 30 minutes of action. LA was able to get whatever he wanted against OKC’s formidable defensive front court tandem of Serge Ibaka and Steven Adams. This was, hands down, LaMarcus Aldridge’s best performance in a San Antonio uniform. And we’re going to need him to continue this type of dominating play throughout the rest of this series. As convincing as the Spurs’ Game 1 performance was, we have to keep perspective and remember that it’s just one game. We don’t get to take a 32 point lead into the start of Game 2 tomorrow night. To paraphrase Coach Pop, last night was just one of those nights where our shots went in and OKC’s shots didn’t which is something that happens in the NBA. The Thunder have proven in past series that they are capable of taking a whooping from the Spurs, making the necessary adjustments and finding a way to get the win that shifts momentum back in their favor. I don’t care if we had won Game 1 by 100 points; if we stop fearing a team that rolls out Kevin Durant and Russell Westbrook every night, we do so at our own peril. Hopefully the Spurs will come out tomorrow night with the same focus and sense of purpose that was on display last night. Game 2 is a huge opportunity for us to protect home court and take another step ahead in this season’s journey to land in that place where the musical notes necessary to remix The Beautiful Game are uncovered. Just as much as before the series began, the Oklahoma City Thunder are an obstacle in completing that journey and rediscovering basketball perfected. Just as much as before the series began, OKC is something in the way.