Let’s Take This Outside 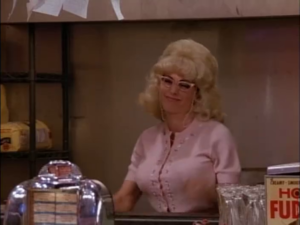 Friends S2:E21 – Howdy, cowgirls and cowboys! Since this column is my first chance to write on the matter, let me begin by saying, RIP sweet prince. Now that that’s been said upfront (more on the subject later), greetings from Bluff City. That’s right, I’m in Memphis, Tennessee killing time this lovely Monday afternoon before I have to catch my flight back to Denver, Colorado later this evening. I’m currently sitting in Central BBQ (a spectacular downtown barbecue joint) staring into my laptop, trying to write this blog post. It is proving to be extremely difficult considering the lively atmosphere and mouthwatering aroma in the air. I’m thinking that, instead of working on this blog post, I should grab a menu and let’s go crazy! Why (you might ask) am I in Memphis in the first place? Great question. I’m actually out here on assignment covering the San Antonio vs. Memphis NBA Playoff series for Black & Silver (theLeftAhead’s Spurs blog). Being that I am theLeftAhead’s only full-time employee and since Ted James couldn’t be here to cover it himself, he asked me to fill in for the weekend. I arrived Thursday to the shocking news of Prince’s passing and, as a pop culture writer, I have been a bit preoccupied during my trip attempting to process the news and trying to make sense of it. Nevertheless, I’ve had a blast while I’ve been here seeing the sights as well as covering the two road victories in the Spurs sweep of the Grizzlies. I’ve even had the good fortune of getting to stay at the same hotel as the San Antonio Spurs and, as luck would have it, that fortuitous coincidence allowed me to land a major scoop for theLeftAhead. So, despite feeling blue during my trip trying to process the loss of one of the beautiful ones, I feel really good about what I’ve accomplished during my time in Memphis. Of course, even though I’ve provided a major assist to Ted James this weekend, he was sure to remind me that my regular duties didn’t disappear. So here I am. Today is Monday, after all. That means that you and I have a little discussion amongst Friends to get to. So what do you say we order up some ribs and get down to business? Brisket and sausage too? You’ve got it.

In today’s episode, Ross and Chandler find themselves in the predicament of having to deal with a couple of bullies at Central Perk. On a quick aside from the plot of the episode, if you remember earlier this season when Adam Goldberg made his first appearance on Friends as Chandler’s psycho roommate Eddie, I noted that Adam was the first of a series of actors who had previously appeared in the movie Dazed and Confused to make a cameo on the show. Well, one of the bullies (Arthur, to be more specific) is played by the second actor to have previously appeared in Dazed, Nicky Katt. Nicky played Clint in the movie, a minor character who just so happened to utter one of the most famous lines in Dazed and Confused. “I only came here to do two things, kick some ass and drink some beer. Looks like we’re almost our of beer.” Yeah, that guy. Once again, we will cover the phenomenon of Dazed and Confused actors making Friends cameos in greater detail later in the series, but I wanted to also get this one noted for the official record in real time (and when I say real time, I mean exactly 20 years after the fact). Okay, now back to the plot of today’s episode. Not to say that there is any typecasting going on, but (on Friends) Nicky Katt’s character, Arthur, is another tough guy bully just like Clint from Dazed and Confused. Arthur steals Chandler’s hat and he and his buddy seem hell bent on tormenting Ross and Chandler for no particular reason other than for the fun of it. When Ross and Chandler finally get up the nerves to fight the bullies outside of Central Perk, it takes a couple of other guys stealing all of the watches and jewelry that the four of them had placed in Chandler’s hat prior to their fight for the two bullies and Ross and Chandler to squash their beef and join forces to recover the stolen items. I’ve always really enjoyed this storyline because it is a hilarious examination of what happens when grown men have to deal with the problems of junior high school students. Oh man, I had more to say, but my piping hot plate of ribs, brisket, and sausage just arrived. I think Mr. James will forgive us if we wrap up a little early today considering all of the props he is receiving today based on that scoop I nabbed for him over the weekend. I wish I could share some food with you guys virtually through the internets. Maybe someday that will be possible. In the meantime, if you’re ever in Memphis, be sure to stop in at Central BBQ. Alright, with that, DEARLY BELOVED, I’ll leave you today with a reminder that I’ve drawn from reflecting on Prince’s music for the past few days. The reminder is that life is a precious gift. Make the most of it. Prince was the best. May he rest in purple.

Recap in the Key of Phoebe – This is the one where Ross and Chandler are harassed at Central Perk by two bullies, Monica begins playing the stock market with the final few dollars in her bank account in a last-ditch effort to try to avoid taking a humiliating job at a diner, Rachel and Joey provide moral support to Phoebe when she finally builds up the courage to drive back Upstate to her biological father’s house and try to introduce herself, and Ross and Chandler befriend their bullies in the end after all four of them get robbed on the street in front of Central Perk after Ross and Chandler had finally agreed to the bullies’ “let’s take this outside” suggestion.

Chan Man Quip of the Week – [The Setup] Ross and Chandler are drinking instant Kappucino (with a K) at Joey and Chandler’s apartment because they are scared to risk being confronted at the coffee shop by their bullies. Joey walks in on the pathetic sight of the two of them stirring away at their instant drinks and says, “Hey, this is ridiculous. I’ll tell you what. After I get back from my neice’s christening, I’ll go down to the coffee house with you and we’ll all have a nice cup of coffee alright. No problem, Joey’s there.” Chandler agrees, “Ok” but Ross protests, “No.” Taken aback, Chandler asks Ross, “No?” Ross elaborates, “No. Man, I don’t wanna have to have Joey with me every time I wanna descent cup of coffee. You know, and I don’t wanna spend the rest of my life drinking cappucino with a ‘K’. I say you and I go back down there and stand up to those guys.” Pessimistic about the proposal, Chandler responds, “Alright, hang on a second there Custer.” Agreeing with Chandler, Joey continues, “Yeah really, Ross, have you ever been beaten up before?” Ross answers, “Yeah, sure.” Joey attempts to clarify, ” By someone besides Monica?” Defiantly, Ross answers, “No. So what. So what if we get beaten up, maybe that’s just something every man has to go through once in his life. You know, like a, like a right of passage or something. [The Knockout] Laying the self-deprecation on super thick, Chandler counters with, “Well, couldn’t we just lose our virginities again? You know, because I think actually mine’s growing back.”