Beam Me Up, Jesus 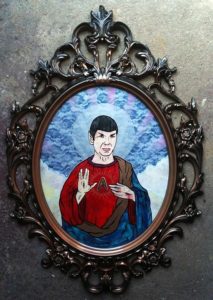 Friends S3:E17 – Howdy, Mercedes-Friends! How’s everyone doing this lovely Monday afternoon? I’m feeling nice and rested after our one-week hiatus. It was greatly needed too considering the brutal two-week Ross and Rachel break up sequence we were forced to endure prior to the break. In fact, I’m feeling so rested that (surprise, surprise) I have every intention to completely mail in this week’s installment. Before you complain, let me remind you of where we left off. In case you forgot, or have been living under a rock, or were (as of two weeks ago) part of the tiny fraction of humanity that doesn’t read Friends 20/20, we left off with me diving deep into my soul to find the inner fortitude to lay into our former pal Ross with all of the detestation he deserved for his disgustingly selfish decision to cheat on the girl of his dreams aka Rachel Green. Yeah, you ‘member. I know that was as emotionally draining for you as it was for me so don’t tell me (regardless of the break in between now and then) you still can’t use a light hearted, romantic musical of a post to read right about now. The Academy gets it. That’s why they awarded La La Land the Oscar for Best Picture while we were away. Oh….so close. Sike. The Oscar for Best Picture at the 89th annual Academy Awards actually does not go to La La Land at all. No soup for you. Hand that trophy back, bro. Congratulations, Moonlight. Also, congratulations Steve Harvey. We’re taking back your Oscar for most embarrassing award announcement mix up and now giving it to ourselves, the Academy. Wow, just wow. Talk about a beam me up, Jesus moment. I will say, it is a really good thing that Warren Beatty came back to the mic live on air to explain what happened. By explaining that the Academy had given them an Emma Stone, Best Actress envelope, there’s no question that he saved Faye Dunaway from becoming the fall person and consequently saved her from 24 hours of being the biggest source of joke memes in the history of the internet. That was quick thinking and a classy save. Way to go, Dick Tracey. So there you go, Friends Crafters. That’s what we bloggers in the business call the rope-a-dope. I teased that this would be a light hearted, mail in post and then segued into a light hearted, mail in rant about the Oscars and before you even knew what hit you, I’m wrapping up a light hearted, mail in post. Awe, don’t be mad. I wasn’t trying to trick you (okay, maybe a little). Buck up, kiddos. Just remember… when they let you down, you’ll get up off the ground, ’cause morning rolls around and it’s another day of sun.

Recap in the Key of Phoebe – This is the one where Ross and Rachel can’t be in the same room as each other, Chandler starts smoking again because the break up reminds him of his parents’ divorce, Phoebe drives her grandmother’s cab to take the gang skiing, Monica stocks up on one penny tampons while stranded at a rest station, Joey believes looking at the ground from the sky is the same as looking in a mirror, and Ross saves the day by bringing gas to help his stranded friends so they don’t have to follow the bumper sticker in Phoebe’s cab and request, “beam me up, Jesus.”

Chan Man Quip of the Week – [The Setup] Joey and Chandler are returning to the rest area where the gang is stranded after going out to look for help. Chandler seems to be struggling so Joey is helping him walk back. Phoebe is the first to notice them approaching and informs Monica and Rachel, “Oh good, oh Joey and Chandler are back.” Hoping for good news, Monica asks, “So the going for help went well?” Joey responds, “Oh yeah, Smokey Joe here got half way to the highway and collapsed.” Chandler interjects, “I have the lung capacity of a two year old.” He then immediately starts to light a cigarette. Monica lays claim to the obvious follow up question, “Then why are you smoking?” [The Knockout] Chandler sheepishly dismisses her inquiry by cleverly admitting, “Well it’s very unsettling.”