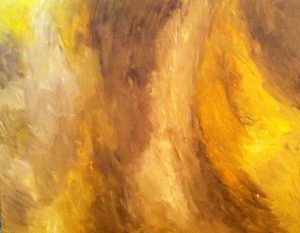 Friends S3:E18 – What’s good, Friendsters? Hope everyone had a fantastic weekend. My weekend? It was up and down, thanks for asking. What caused the up and down? Wow, you all are inquisitive today. Well, since you ask, I’ll bite. So, first the down. I woke up Saturday morning in debilitating pain from a pinched nerve in my lower back. It was awful. Shortly after waking up, I realized that I couldn’t move at all. The slightest occurrences of movement were excruciating, causing acute stabs of pain to pierce my lower back. It quickly became clear that I was in need of assistance from my wife to attempt the walk from the bedroom to the bathroom to take a shower and try to get some heat on it. Luckily the hot water helped, my back gradually started to loosen up. By the time t got out of the shower, I could walk on my own but (at the same time) it was also quite clear that a full recovery was going to take days not hours. Now, the up. Because I was essentially out of commission all day Saturday and Sunday recovering from this, I spent the weekend binge-watching Love and Broad City and it was everything I thought it could be. As it turns out, the pain (while horrendous) was worth it for the following reason: it made my binge-watching guilt-free. You see, I’ve been known to binge-watch a show or two for an entire weekend before but the enjoyment I get from it is usually accompanied by a tremendous amount of guilt associated with thinking about all of the more productive things I should be doing rather than vegging out in front of the television. As I would come to find out this weekend, that guilt magically disappears when you’re binge-watching a show while recovering from injury. Binging while you’re sidelined recovering from something like a pinched nerve is tremendous because you get to enjoy the binging sans the guilt. Because of the injury, there was no question that I was unable to do most of the more productive things that I could have been doing all weekend (like exercising or organizing my study closet or laundry, to name a few) and therefore, I was able to enjoy the binge-fest guilt-free. Considering that the debilitating pain was temporary and has nearly subsided (other than some residual soreness) as of writing this on Monday afternoon, I consider the temporary discomfort a more than fair trade off for a weekend of guilt-free binge-watching. So there. “If you don’t know, now you know…” how my weekend was up and down.

Speaking of Love, I discovered a tremendous Friends reference in Friends Night Out (the second episode of Season Two) while I was show binging over the weekend. In fact, this particular Friends reference is noteworthy not only for the purpose of cataloging as many contemporary pop culture Friends references in this blog series as possible but also because this particular reference hits very close to home with one of our overarching purposes. Believe it or not, Gus (one of the main characters on Love) more or less points out a Gandalf Gaffe while talking about Friends with his buddies at a bar during this episode of Love. While holding court in front of his inebriated pals and some onlookers from another table, Gus points out that Bruce Willis made a cameo for three episodes during Season 6 of Friends. (Since Friends 20/20 isn’t going to be covering Season 6 of Friends until 2019 and 2020, I guess those of you who are watching the show for the first time while following along to the blog series are just going to have to take my word for it. My apologies for the spoiler.) Gus then keenly reminds his audience that in an earlier episode (The One With the Invitation, S4:E21, to be exact) Friends had already established that the movie Die Hard exists (Joey and Chandler propose renting it instead of climbing Mount Rushmore). Gus goes on to to reason that if Die Hard exists in the Friends-verse (or Friends universe), then by extension the actor Bruce Willis exists which would make it impossible for Bruce Willis to also exist in the Friends-verse as a character named Paul. This is what pop culture blogger nerds like me call a celebrity paradox. Continuity issues such as a celebrity paradox (aka Gandalf Gaffes) are the whole reason we started the Friends 20/20 blog series in the first place. Identifying and cataloging every continuity issue throughout the Friends series was and remains the primary objective of the project. I must admit it was surreal watching a fictional character on another television series point out a Gandalf Gaffe. It was quite validating. (Tearing up.) It made me feel like we’re making a real impact here, week to week. Could it be possible that Judd Apatow (or another Love show runner) is reading Friends 20/20? I won’t hold my breath, but hey…if you are reading this Judd, holler at your boy.

As satisfying as it was to watch Gus expose the Friends Bruce Willis celebrity paradox Gandalf Gaffe within Love‘s fictional universe, there’s actually another layer to peel from this onion (if you can believe it). Before we proceed, a little housekeeping. For any of you out there who are starting to wonder when we’re going to get to today’s episode of Friends, keep in mind that you’re the ones who wanted me to explain how my weekend was up and down. Never forget that it was you who started us down this rabbit hole, not me. That being said, I don’t think you’ll be disappointed that I chose to spend our time together pursuing this aside. I think you’ll be quite pleased when you figure out where we’re heading with this Love tangent. So, with the formalities now out of the way, are you ready to have your minds blown? Exactly the answer I was hoping for. Okay, here we go. Gus, a fictional character on Love, believed that it caused a continuity issue for Bruce Willis to play a fictional character on Friends after one of his real movies, Die Hard, had previously been introduced as existing in the Friends-verse, right? Well, in the very same episode that Gus references the Friends Gandalf Gaffe (Love S2:E2), Mickey and Gus have a conversation about Osama Bin Laden in which they also talk about Home Alone. In and of itself this is insignificant. However, in Marty Dobbs (Love S2:E8), Daniel Stern plays Mickey’s father. Last time I checked, Daniel Stern played something of significant role in Home Alone. So if Home Alone exists as a real movie in the Love-verse and Daniel Stern was an actor in said movie, how can Daniel Stern also be Mickey’s dad? ??? Tick, tick, boom. Can you believe it? Did Love actually have the audacity to cast in such a reckless fashion as to violate the very same continuity rule that it criticizes Friends for violating? Perhaps. Or perhaps it was intentional and some sort of twisted homage to the GOAT sitcom. Either way, it’s a real mustard-tastrophe. (You know I had to bring it back around.) Whether the continuity error was accidental or intentional is unclear and, as far as I know, the question has yet to be presented to the show runners. In fact, considering that Love: Season Two was just made available for streaming within the last 72 hours, it is also unclear whether the show runners are even aware of the irony here. I haven’t done a deep dive or anything yet but as far as I can tell, Ted James (our editor-in-chief) was the first person to point out Love‘s Daniel Stern dilemma on Twitter. If, indeed, it holds true that theLeftAhead was first on the scene in uncovering an all-time television continuity irony / hypocrisy, we will proudly wear it as a badge of honor. Put that in your pipe and smoke it. So, yeah. You’re welcome. Your minds are all officially blown, right? I told you this Love tangent would be worth it. For the record, Rachel, Monica, Phoebe, Joey, Chandler, and Ross also did stuff this week (one of them might have even dated a millionaire). Late.

Recap in the Key of Phoebe – This is the one where Frank tells Phoebe he’s engaged to Alice (his 44 year old high school Home Economics teacher), Rachel convinces Monica to go on a date with Pete (a millionaire who frequents the Moondance diner), Chandler uses an effeminate hypnosis tape to help him quit smoking, Ross and Joey try to convince Frank not to settle down before realizing that he’s the lucky one and they want what he’s got, and Phoebe eventually gets on board with Frank and Alice’s engagement even though she’s worried that it’s a real mustard-tastrophe.

Chan Man Quip of the Week – [The Setup] The gang is at Central Perk and Chandler is lighting a cigarette. Rachel pulls it away from him. When he attempts to light another one, she pulls that one away from him too. Chandler stops and glares at her before observing, “Okay, that’s like the least fun game ever.” Rachel responds, “Well, I’m really sick of your smoking, so I brought something that is going to help you quit.” She proceeds to hand him a cassette tape which he promptly presses against his arm sarcastically as if it were a nicotine patch. He informs her, “Nope, that patch is no good.” Undeterred, Rachel continues, “Come on, it’s a hypnosis tape. This woman at work used it for two weeks straight and she hasn’t smoked since.” Across the table, Ross butts in by making a “pffhah” sound. Turning to address Ross, Rachel asks, “What’s your problem?” Ross answers, “Nothing, it’s just that hypnosis is beyond crap.” Rachel counters, “Ross, I watched you get hypnotised in Atlantic City.” Ross protests, “Hey, that guy did not hypnotise me! Okay.” Fed up, Rachel continues, “Oh right, ‘cause you always pull your pants down at the count of three and play “Wipe-out” on your butt cheeks.” Interrupting Ross and Rachel’s argument, Phoebe chimes in, “All right, ya know, forget hypnosis. The way to quit smoking is you have to dance naked in a field of heather, and then bath in the sweat of six healthy young men. [The Knockout] Loathing in agreement, Chandler adds, “Or what my Father called Thursday night.”