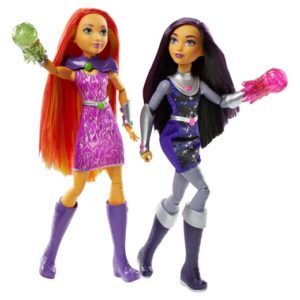 Friends S4:E6 – Hard-ass had never faced such a perilous predicament. She had just returned home after a seemingly successful catering evert only to open up her email and click on a video from the customer, Dr. Shake, that revealed he had captured her catering partner, Wuss. Not only was Dr. Shake refusing to pay for the catering services rendered for his oldest daughter’s wedding but his video informed Hard-ass that he’d kidnapped Wuss during the reception and was holding her ransom. Should Hard-ass refuse to pay him $100,000, she could expect Wuss to be killed by the blades of 1,000 kitchen knives. She thought, “The nerve on this guy. Not only does he refuse to pay the $7,000 he owes me for catering the wedding, but he expects me to fork over my own hard-earned money to save my catering partner’s life? Screw that. To the Flatbread Cave”. With that, Hard-ass walked over to her bookshelves and pulled out a copy of The Martha Stewart Cookbook. This immediately triggered the bookshelves to start slowly turning until a secret passageway was revealed. Hard-ass stepped into the secret passageway and then shimmied down a fireman’s pole into the Flatbread Cave. After gathering her footing, she looked over to see Mr. Rice peering up from a switchboard in the control room. She shouted at him, “I’m heading out to save Wuss,” as she jumped into her Lambor-linguini. After putting the coordinates for Mr. Shakes lair into the car’s navigation system, she turned the ignition, loudly revved the engine several times and then darted away into the night. Peering reverently at the cloud of smoke left behind from the burnt rubber of the Lambor-linguini’s tires, Mr. Rice nodded and muttered to himself about Hard-ass, “That’s one tough cookie.”

In order to remain undetectable by Mr. Shake’s henchmen, Hard-ass put on the Lambor-linguini’s cloaking device before arriving at his lair. As she parked at the base of the winding path leading up to the lair, she noticed a thick cloud of smoke wafting from the southeast corner of the building that was accompanied by the delightful aroma of wood fired pizza. Hard-ass knew immediately that this was Wuss’ way of alerting her to her whereabouts. Inside, Wuss was manning the wood fire grill and seducing Mr. Shake’s tastebuds with the sausage and kale pie that she knew would allow Hard-ass to locate her. At first, upon bringing Wuss to his lair, Mr. Shake had planned on locking her in his windowless dungeon until he was paid his full ransom but Wuss, knowing of Mr. Shake’s ravenous appetite from the wedding, had used his weakness for gluttony against him by offering to cook him a midnight snack before receding into captivity. Having already come down from the sugar rush of eating three pieces of this daughter’s wedding cake, Mr. Shake had foolishly agreed to the offer and was sitting idly at his kitchen table impatiently waiting for Wuss to finish cooking his pizza. Back outside, Hard-ass was meticulously trying to crack the code to open Mr. Shake’s security gate but was not having any luck when she remembered she had struck up a friendship earlier in the evening that might pay huge dividends in her current predicament. Taking a shot in the dark, Hard-ass called up the cell phone number Mr. Shake’s daughter had given her at the reception after the two had agreed to hang out upon her return from her honeymoon.

The phone rang a couple of times and then Vanilla answered saying, “Hello, who’s this?”

Hard-ass responded, “This is Hard-ass from your wedding reception.”

“Hey girl. I wasn’t expecting to hear from you until after my honeymoon. This is my wedding night after all.”

“Sorry, I’m not disturbing anything, am I?”

“Nah, no worries. The fireworks only lasted two minutes. Neapolitan is already fast asleep and snoring.”

“No big deal. I only married Mr. Ice-Cream for money. I mean, relying on my dad’s money was getting old. He’s too controlling. Neapolitan isn’t quite as rich as my dad but at least he stays out of my way. So, what’s up?”

“Um, this is a little awkward but I’m at your dad’s lair and I need the code to the security gate because he’s kidnapped Wuss.”

“That jerk. I’m so sorry. The code is ‘Cheese balls’ Good luck rescuing Wuss. And tell her I said hi”

Thank you so much. Have an awesome honeymoon in Florence! Ciao.”

After entering C-h-e-e-z-e-b-a-l-l-s into the gate’s security key pad, Hard-ass darted up the driveway towards Mr. Shake’s lair. After getting to the top of the drive, she jumped out of the Labor-linguini and cooked it over to the southeast corner where she had seen the wood fire grill smoke moments earlier. Hard-ass could see a faint flickering light through a window on the fourth floor immediately below the vent that had been exhuming smoke. She grabbed some rope off of her utility belt and attached one end to a giant metal spatula. She then proceeded to hurl the spatula up to the roof and then tugged on it to make sure it had securely latched to the overhang. Feeling satisfied that with her rope’s resistance, Hard-ass scaled the exterior of the lair up the the fourth floor window with the flickering light. Staying true to her name, she pushed with her legs off of the wall and propelled herself through the window into the lair (shattering glass in the process). She picked herself off of the floor and surveyed the room only to discover Wuss sitting and waiting patiently at the kitchen table with Mr. Shake and his henchmen all harmlessly passed out on the floor.

Hard-ass asked, “What the hell happened? Did you poison them with that wood fired pizza?”

Wuss responded, “Nope. They were just all so satisfied by the deliciousness of my pie, they simply passed out in contentment.”

“Wow, they might call me Hard-ass because I’m the one who collects the money from our catering gigs, but you’re the real bad-ass if you can neutralize a threat like Mr. Shake solely with the power of your cooking skills. Well done, Wuss!”

“Thanks, Hard-ass. And thanks for coming to rescue me. I may have been able to neutralize Mr. Shake but I couldn’t have escaped without your help. Now, let’s get the smell out of here.”

“Sounds like a plan. Just let me grab Mr. Shake’s wallet first and collect the $7,000 he owes us from the wedding earlier this evening.” Hard-ass turns over a snoring Mr. Shakes, grabs his wallet, pulls out the $7,000 they are owed and nods at Wuss that she is ready to leave.

Wuss exclaims, “To the Labor-liguini mobile!”

Recap in the Key of Phoebe – This is the one where Phoebe lends money to Monica to pursue her catering business, Chandler finds Kathy a first edition copy of The Velveteen Rabbit (her favorite book) to give her for her birthday but ultimately allows Joey to give it to her so as not to upstage his best friend, Joey (in exchange) forces Chandler to give Kathy a clock-pen for her birthday, Ross discovers that Cheryl (the beautiful woman he is dating) is a complete slob, Rachel finishes a crossword puzzle without any help, Phoebe forces a freeloading widow to pay the catering bill, and Monica agrees to become superhero catering partners with Phoebe aka Hard-ass and Wuss.

Chan Man Quip of the Week – [The Setup] The gang is at Central Perk watching Ross outside as he says goodbye to a beautiful woman. As everyone stares at him in disbelief, Ross walks into the coffee shop and says, “I know.” Visibly impressed, Monica interjects, “Probably the only time I’ll ever say this, but did you see the ass on her?” Even more visibly impressed, Chandler begins muttering, “Where did you, when did you, how did you…” which prompts Joey to slap him on the back of the head. Finally, Chandler finishes asking, “How did you get a girl like that?” Visibly not impressed, Rachel asks, “Yeah, so what is she, like a… like a spokesmodel, or an aerobics instructor, what?” Ross responds, “Actually she’s a paleontology doctoral candidate, specializing in the centazoic era.” [The Knockout] Feeling an obligation to put Rachel’s insecurities at ease, Chandler sarcastically points out, “Okay, but that’s, like, the easiest era.”