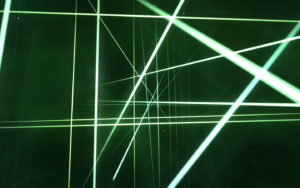 Friends S4:E7 – What? Does? It? Do, Friendsters? I hope everybody has had a great couple of weeks. As you likely noticed last week, I decided to devote this section of Hard-ass and Wuss to a little fan fiction of the short story variety. That being the case, I deprived myself of the opportunity to check in with you guys a week ago. I suspect you weren’t too upset since our brief detour into fan fiction meant the turning in of your homework assignment was delayed an extra week. But alas, here we are at Monday again, and your day of reckoning has come. Please, pass your video essays to the front. I hope each and every one of you enjoyed documenting your adventures in Halloween partying dressed as your favorite FRIEND. Could this assignment have been any cooler? Don’t worry, I’ll have all of your submissions graded when we reconvene next week.

Moving right along into today’s episode… oh my God. I can’t tell you how much I love watching Ross perform his Wordless Sound Poems. I could watch this again and again throughout the remainder of INFINITE TIME (echo)! While the music itself is hilariously awful, I think my favorite part of the experience is watching Ross’s facial expressions as he is performing. Especially priceless is the face and gesture he makes at the end to hold thee last note and then to subsequently indicate when it is finally over. While I could ingest a bowlful of this tomfoolery on a daily basis, on second thought…strike that. I’ve thought of a component of this that I like even better than Ross’s facial expressions and I’d like to revise my prior statement. My favorite part of the Wordless Sound Poems storyline is the fact that Phoebe thinks Ross is actually good. Because, of course she does. Leave it to Phoebe to be intimidated by Ross’s talent, stop performing, wish to not be appreciated in her own time, have Monica and Rachel tell her she sucks too, believe they are only flattering her, and then resume playing when Ross throws a performance. God bless you, Phoebe Buffay.

Finally today, I’d be remiss if I didn’t discuss the Joey / Kathy / Chandler love triangle. While Chandler definitely screwed up by kissing Kathy at the apartment while she was still going out with Joey, you can’t help but feel bad for him anyway. It seems like he tried really, really hard to restrain himself and almost made it until Kathy left and came back because she forgot her purse. While it’s true that Chandler should’ve revealed his feelings for Kathy sooner (because there’s a good chance Joey would have bowed out), he could have made the argument on a technicality that he had, in fact, already revealed his feelings for Kathy to Joey when the three of them were at a bar in S4:E5. Of course, the problem there was Joey thought he was being sarcastic when he expressed his burning love for her at that time. Maybe that’s why Chandler decided not to play that card and instead decided to refurbish the apartment out of guilt after the unfortunate kissing incident. Ultimately, Kathy breaks up with Joey because of Chandler prompting Chandler to finally inform Joey that he had kissed Kathy while they were still going out. Joey is predictably infuriated. If we know anything about Joey, it’s that loyalty is important to him. Looking ahead, this does not bode well for breaking Chandler’s streak of crappy Thanksgivings. And that, boys and girls, is how you foreshadow your next post. I don’t care if it’s Thanksgiving week, I expect you to be here next Monday to receive your graded video testimonials. Believe me, that turkey is going to taste so much better after getting another assignment under our belts. Gobble gobble.

Recap in the Key of Phoebe – This is the one where Ross begins playing the keyboards in public, Phoebe stops playing guitar in public because she’s intimidated by Ross’s talent, Joey starts dating Casey while continuing to date Kathy, Chandler kisses Kathy and confesses to Joey after refurbishing the apartment out of guilt, Rachel tries to become someone who can eat in restaurants alone, Monica wears ear plugs to avoid hearing Ross play, and (in order to get Phoebe to start playing again) Ross intentionally plays poorly on purpose before, once again, retiring his wordless sound poems.

Chan Man Quip of the Week – [The Setup] Chandler, Monica, Rachel, and Phoebe are waiting at Monica and Rachel’s apartment as Ross sets up his keyboards to play them a song. Chandler intriguingly tells Ross, “All right! Bring it on, you.” Ross cuts in to indicate he’s ready by saying, “Here we go.” He proceeds to play one note and hesitates to explain, “Ya know, I’ve. I’ve never played my stuff for anyone before, so it’s important that-that you understand it’s about communicating very private emotions.” He plays another note and then stops again to say, “Ya know, umm, you should, you should think of umm, my work as wordless sound poems. That’s what I’m…” Now frustrated, Chandler interrupts him to insist, “Oh my God! Play!” Ross plays the horrible compilation of keyboard sound effects that he calls a song and upon finishing, looks over to his friends for feedback. Not knowing what to say, Monica lies, “Boy, that was-that was, umm… terrific.” Next Chandler confers, “Really, bitchin’” Phoebe chimes in, “Wow, it was so—wow!” Excited from the feedback Ross says, “Really?! I mean, really?!!” Rachel provides reinforcement by suggesting, “Yeah, I mean, you should play in public!” Filled with pride, Ross responds, “Wow! Thanks, you guys. That’s uh, ohhh, I wanna, I wanna play you another piece! Umm! Uh-oh! I left my uh, helicopter sounds on another disk. I’ll be right back! Okay?” As he starts to leave, he continues, “This is so nice, I’m—I am so…” and then exits without finishing his sentence. After Ross is gone, Monica says, “Oh God bless my dad sound proofing the basement!” Rachel agrees, “Oh, I can’t believe I ever let him touch me with those fingers.” Disagreeing with Monica and Rachel’s true opinion of Ross’s music, Phoebe argues, “What are you guys talking about, I loved it! It was soo moving. Oh, plus it’s just, it’s so different from the stuff you usually hear. [The Knockout] Summoning the sarcastic energy of a thousand suns, Chandler retorts, “You mean like, music?”