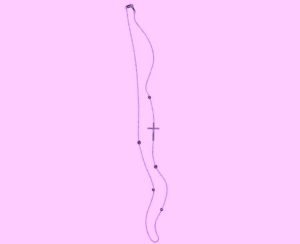 Who Gon Stop Me -Give them credit. The Nuggets played outstanding basketball in Game 4. When you make 15 threes shooting 48.4 percent on 31 attempts while taking care of your possession to the tune of only committing seven turnovers, you are probably going to win. When you do these things in a hostile environment on the road down 2-1 in a playoff series, you probably have no intention of going away quietly. Anyone who thought we had control of this inexperienced two-seed from Denver better check the time. My clock says it’s Easter Sunday and this series is tied up at two games a piece. Home court advantage: Nuggets. Last night, in what has become a trend in recent years (2015-Clippers, 2016-Thunder, 2017-Grizzlies & Rockets), up two games to one, the Spurs failed to put a stranglehold on a series this time losing 117-103 to the Denver Nuggets at home at the AT&T Center. With the victory, Denver snapped a 14-game losing streak in San Antonio dating back to 2012. Now in order to avoid back-to-back first round exits for the first time in our 22-straight playoff appearances under Coach Pop, we have to go back and win a second time in the Pepsi Center, a building where the visiting teams are 8-35 on the season. And since we fully intend to advance, that’s exactly what we’re going to do

Perhaps I will have the opportunity to bear witness. When my wife and I purchased our tickets to Game 5, we were obviously hoping the Spurs would be arriving back in our hometown of Denver with a 3-1 advantage and an opportunity to win the series. Since the good guys fell flat yesterday afternoon, those hopes have evaporated along with the hard-fought home court advantage that we established with our Game 1 victory. Now, while attending our first-ever Spurs road playoff game, we will be forced to suffer through all of the excruciating anxiety that is unavoidable in the pivotal Game 5 of a series that’s tied at two games apiece and we will be doing this surrounded by thousands of impassioned Nuggets fans. Anxiety aside, I am really looking forward to attending Game 5. There’s nothing like the intensity of being at an NBA playoff game and it’s definitely been a few years since I’ve had the experience. So, while I’m bummed about yesterday’s loss, I’m going to show up at the Pepsi Center fired up and fully decked out in Spurs gear on Tuesday and while behind enemy lines, I’m going to focus on enjoying the ride because no matter what happens on Tuesday, the Spurs have another home game on Thursday and therefore a good chance to win this series in either six or seven games.

The Game 4 player of the game was LaMarcus Aldridge. Our 2019 all-star quietly put together a solid performance with 24 points on an efficient 10-18 shooting, nine rebounds, two steals, one assist, and one block. DeMar and Derrick were solid again as well but DeMar allowed frustration to get the best of him when he thew the ball in the direction of referee Scott Foster after hew was called for a charge with 5 minutes and one second remaining in the fourth quarter. Double D was ejected and subsequently fined $25,000. The Spurs were down 18 points at the time of DeMar’s ejection so it wasn’t disastrous, the game was almost certainly already out of reach at that point. DeMar finished his abbreviated night with 19 points, five rebounds, and five assists. Derrick, meanwhile, took an expected step backwards from his 36 point Game 3 break out masterpiece but still played another impressive floor game. He was limited to only eight points but he also contributed five assists, four rebounds, and a block. It’s safe to say that Jamal Murray rose to the challenge of getting embarrassed by Derrick in Game 3. Murray had 24 points, six assists, and two rebounds in Game 4. If series trends continue, Game 5 will once again be Derrick’s turn to come out angry about Murray getting the better of the matchup in the previous game (just as Murray responded in Game 4, Derrick in Game 3, and Murray in Game 2) and play aggressive, dominating basketball on both sides of the ball. Derrick once again winning the matchup in another “odd” game of the series is absolutely critical to our hopes to steal back home court advantage on Tuesday night.

While Denver played at a high level in Game 4 up and down the roster, not surprisingly, the player that hurt us the most in Game 4 and, for that matter, throughout this series is the Nuggets all-star starting center, Nikola Jokic. The Joker was unbelievable last night putting together a stat line of 29 points, 12 rebounds, and eight assists. Jacob and LaMarcus are doing a decent job of checking Jokic in this series, he is simply playing at a bonafide superstar level. Considering he’s playing in his first-ever playoff series, his (damn-near triple double_ series averages of 20.5 points, 11.8 rebounds, and 9.3 assists are flat out impressive. If there were a defensive scheme that could slow this man down, I guarantee that Pop would’ve implemented it three games ago. Since one doesn’t seem to exists, unfortunately for us, chances are that the Joker is going to keep beasting for the duration of the series. The good news for us is if we can tough our way to keeping Murray and Gary Harris in check and figure out a way to get back to taking away the Nugget’s role players’ open three-point looks, Jokic, as good as he is, can’t win this series without getting the type of help he received in the fourth quarter of Game 2 and in the final three quarters of Game 4. It’s a little frustrating that the Nuggets have only gotten the better of us in four out of the 16 quarters played thus far, yet the series is tied 2-2. In the other 12 quarters, it was largely all Jokic and that has proven not to be enough to keep up with us. Since we’ve outplayed the Nuggets 75 percent of the time in this series so far but only have 50 percent of the victories, if we are able to continue the trend, hopefully The Law of Manu will start kicking in in Game 5 and the number of victories in the series per quarters won will start regressing to the mean.

Speaking of role players, one thing we haven’t gotten in the series thus far is one of those games (that we saw so often in the regular season) in which Patty Mills, Marco Belinelli, and Davis Bertans all shoot the lights out from distance. The Law of Manu should also apply here. We are overdue for one of those games and we desperately need Tuesday to be one of them if we want to counterpunch the Nuggets and immediately regain control of the series. The Nuggets shooters had their break out game in Game 4…and they did it in our building. Much like Derrick White in his back-and-fourth matchup with Jamal Murray, hopefully the Spurs bench sharpshooters are taking what the Nuggets bench did in Game 4 personally and are getting mentally prepared to return the favor on Tuesday in the Pepsi Center. Patty, Marco, and Davis, we absolutely need your shooting in order to win this series. There’s no more margin for error. We need all three of you to get hot and start draining three-point daggers.

When a series is tied 2-2, having home court advantage in the remaining three games is an important edge, especially for a team that’s as dominant at home as Denver. There’s no way to sugarcoat it, we went from front-running in this series to playing for our playoff lives with one lackadaisical performance on Saturday afternoon. What’s more important than home court advantage in a 2-2 series, however, is knowing that the series is there for the taking to the team that wants it more and having the internal fortitude to be the team that goes and takes it. In a 2-2 series, winning becomes much more about breaking the other team’s will through effort and toughness rather than talent and skill. The Spurs have a massive advantage in this department having five players (Aldridge, DeRozan, Mills, Gay, and Belenelli) that have been through enough 2-2 playoff battles to know how deeply you need to dig to get into the necessary frame of mind to do what it’s going to take to break the other team’s will. Denver can only put one player on the court (Millsap) with prior 2-2 playoff experience. If we use our experience to our advantage and focus on bringing more effort and more toughness to the last two or thee games of this series than our opponents, we will advance to the Western Conference Semifinals. It starts Tuesday in a hostile environment. We need to come out after the opening tip and punch the Nuggets in the mouth with our effort and toughness. We need to remind them from the jump that they don’t have a frame of reference for late-series playoff basketball, but we do. Luckily, that hostile environment will be a tiny bit less hostile than usual since I know of at least two diehard Spurs fans that will be cheering our lungs out to help the #BlackAndSilver break on through to the other side. 2-2 series? Game 5? First ever Spurs road playoff game? Man, I can’t wait. 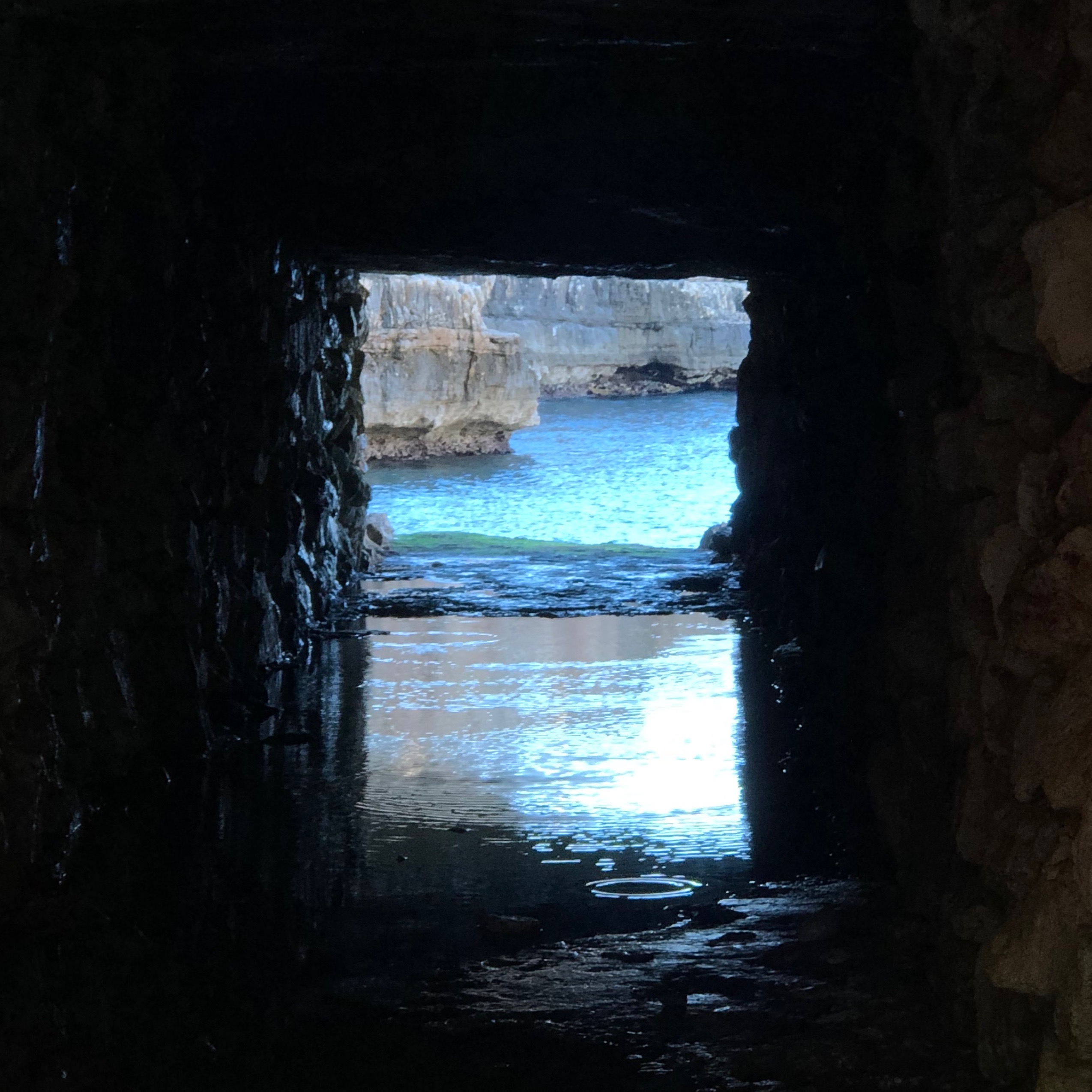