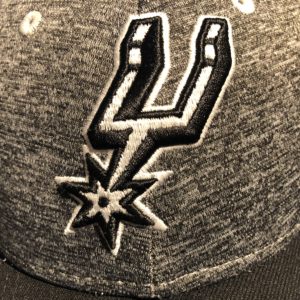 Rebirth – It wasn’t supposed to be this way. How did we get here? This is the kind of thing that just doesn’t happen to the little basketball powerhouse who calls South Texas home. It feels like Biff has stolen the Spurs Retirement Vehicle at some point in the future after time travel has been invented and the SRV has been converted into a time machine and then travelled back to some point after the Spurs closed out the Houston Rockets last May to do something nefarious that resulted in sending our reality on a shocking tangent into an alternative 2017-18 NBA Season. (Why would Biff do this? I mean, everybody knows that he’s a Spurs-hating former Kobe Bryant-era Lakers fan who has shamelessly switched in recent years to being a fair weather Golden State Warriors fan.) But exactly what point in time did Biff visit to send the Spurs into this alternative reality? What was the exact event that brought us to this place we are at today; this place that is so terrifying, we could have previously never imagined? Trust me, my mind has been to a million different dark places toiling for the answer to this question. I can’t help but return time and time again to the play that robbed us of our opportunity to capture the 2017 NBA Title. Time and time again, I return back to The Closeout.

There have been multiple infamous plays that have robbed the San Antonio Spurs of opportunities to capture championships. As a Spurs fan, I fully understand that I am part of the luckiest fan base in American professional sports. I do not take our five titles and our 21 straight playoff appearances for granted. Having said that, we have had some really bad luck that has cost us multiple titles. There’s no question that the San Antonio Spurs are painfully familiar with near misses. (Even though we’ve covered this topic extensively, I think it bares repeating here to provide background for where we’re headed in examining The Closeout.) We as Spurs fans are lucky but the team itself is anything but. If the team were lucky, we could easily be talking about the Nine-Time NBA Champion San Antonio Spurs. If Derrick Fisher’s point four has been disallowed in 2004 and if Manu had pulled his hand back and not fouled Dirk Nowitzki in 2006, we could’ve won five straight championships from 2003 through 2007. (We were also a Manu injury in the 2008 Western Conference Finals away from being right there again but I’m not even counting that one among the nine. Marching to a 10-0 start to the 2012 playoffs before losing four straight to OKC is another close call that I’m not going to count.) Of course the closest we ever came to winning a championship before bad luck snatched it away was the Ray Allen shot in 2013. (Another close call that I won’t count came in Tim Duncan’s final playoff run in 2016.) All of this is to say that last year, we were on our way to winning the title before bad luck snatched it away. You may scoff at this notion but there is a level the Spurs get to and an edge we play with when we are on a title-run. I’ve been watching this team long enough to know when we’ve gotten there and last year, up 25 in Game 1 against Golden State…we were there. Trust me, we were on our way to winning the title before bad luck snatched it away in the form of Zaza Pachulia and his dirty, wreckless, no good, very bad closeout.

At the time, this just seemed like another near-miss that the perennial-contending San Antonio Spurs and Spurs fans have grown accustomed to experiencing. It seemed like another bad luck play that was going to cost us another chance at capturing another championship. Without our best player, we soldiered on through the rest of the Western Conference Finals but, after giving back the 25 point Game 1 lead, we succumbed to the eventual champion Gluttony of More Warriors in a sweep. Chalk it up as another bad luck year that kept the could be Nine-Time NBA Champion San Antonio Spurs as the Five-Time NBA Champion San Antonio Spurs. Bummer but no big deal, right? We headed into a summer where we thought we would be making a run at Chris Paul and (whether we landed him or not) after that we would embark on another season as a top-five team and title contender. But when the 2017-18 NBA season began and our best player was not ready to go, The Closeout began to feel like something other than another championship-costing bad luck playoff moment. And throughout the year, that feeling steadily intensified. What started out as a slightly annoying minor headache at the beginning of the season steadily progressed into a full-blown blistering migraine by the time this year’s squad failed to continue our 18-year streak of winning 50 or more games. What started out as a minor bump in the road at the beginning of the season steadily progressed into an existential threat to the continued existence of our beloved Spurs Culture by the time this year’s squad limped into the playoffs as the Western Conference’s Seventh Seed. The Closeout, which started out appearing to be another point four, Manu fouls dirk or Ray Allen shot at the beginning of the season has proven to be something more nefarious. The Closeout has proven to be the point in time that Biff traveled back to in the SRV and the event he engineered to send the San Antonio Spurs and Spurs fans into the sinister alternate reality that was our 2017-18 NBA Season. Whether or not Marty and the Doc will ultimately reclaim the SRV and travel back in time themselves to restore the San Antonio Spurs back to our normal reality remains to be seen. It appears we might not have an answer on that one until this summer.

Sinister alternate reality or not, we can’t wait until the summer to find answers. We must live in the moment and embrace the opportunity at hand. As fate would have it, dropping into the Seventh Seed has matched us up against a familiar foe and given us a golden opportunity to shock the world by upsetting the Steph Curry-less defending champion Gluttony of More Golden State Warriors. If that is going to happen, it is going to have to start tonight because on Saturday afternoon, the Golden State Warriors unceremoniously defeated the San Antonio Spurs 113-92 in Game 1 of the Western Conference First Round. The player of the game was Rudy Gay, who led the Spurs in scoring in his first playoff game in six years with 15 points (on 5-12 shooting) and chipped in six rebounds, two assists, and two steals for good measure. Manu Ginobili also got loose in the first day of shooting on his own personal sequel to This Is 40. In this, his 15th playoff campaign, Manu hit the Warriors with a sharp nine points and three steals (2-2 from deep) at Oracle on Saturday. Nonetheless, the Warriors showed that two-time NBA MVP Steph Curry was a luxury that they did not need in making easy work of the Spurs in Game 1. Klay Thompson had a monster 27 point game on 11-13 shooting. Kevin Durant, the one this Blog Boy is dubbing Asterix Champion for this series, also had a big game with 24 points, eight rebounds, seven assists, and two steals. Asterix Champion aka Captain Path of Least Resistance aka KD picked up in his second campaign as a hired gun where he left off his first campaign as 2017 NBA Finals MVP.

Even though we got spanked in Game 1, it’s a different feeling this year. For the first time since 2010, we’ve arrived at the First Round a bonafide underdog. In this series, all of the pressure is on Golden State. And that is why this series is going to be so much fun. We have the rare opportunity to play loose and try to seize on this lack of expectations to send the defending champions wandering in the wilderness this summer through our rebirth. Perhaps we don’t need to wait on Marty and the Doc recapturing the SRV at some point in the future to restore our reality, perhaps we can make the most of the opportunity in front of us in this, our alternate reality. Whether we like it or not, this is the moment our reincarnation has brought us to and we need to live and embrace this moment. That is what transformation is about. This series, not this summer, is our opportunity at rebirth. The last time the Spurs were the Seventh Seed was eight years ago in 2010. At the time, Bone Thugs-n-Harmony had a hit single called Rebirth and what did we do with the rare opportunity to play underdog? We upset the Second Seeded Dallas Mavericks in the First Round of the 2010 NBA Playoffs. History has a funny way of repeating itself and to quote Doc Brown, “Your future hasn’t been written yet. No one’s has. Your future is whatever you make it. So make it a good one.” With or without our wonderwall, Game Two is tonight and I believe that the #BlackAndSilver will live in the moment and begin our rebirth by making this chance to steal home court advantage away from the champs a good one.